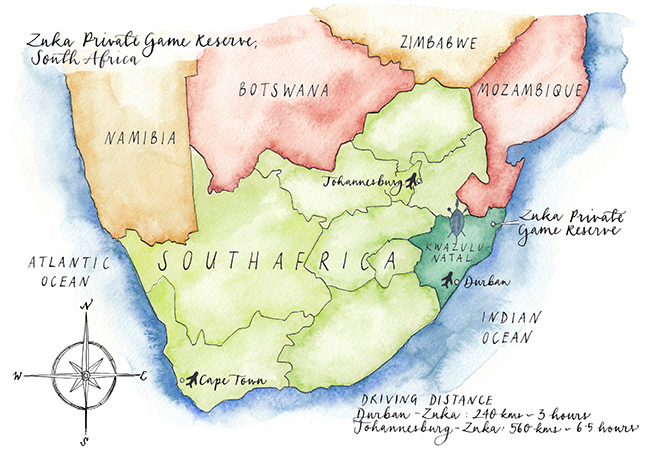 There are different options to travel to Zuka Private Game Reserve by air.

Driving to Zuka Private Game Reserve can be part of the adventure, not least driving through the reserve as the finale to your road trip! The roads are good enough that a 4-wheel drive is not obligatory.
27° 50’ 16” S
32° 15’ 38” E 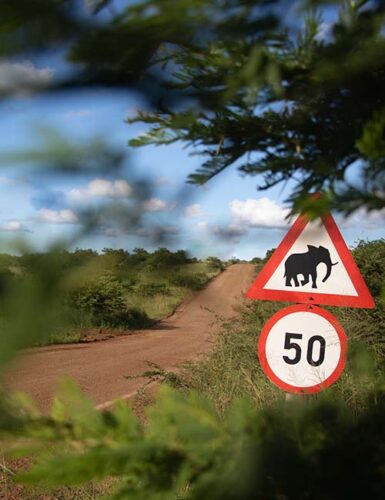 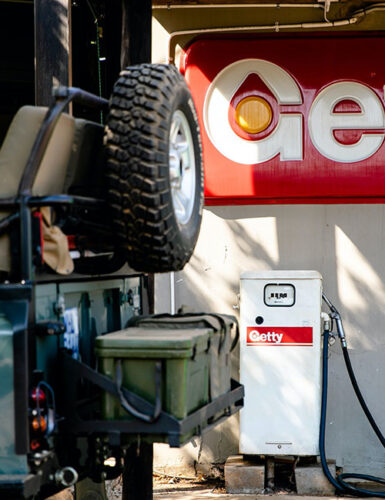 From Johannesburg – 560kms – approx 6.5 hours
~ From O. R. Tambo International Airport.
~ Take the R24 towards Germiston.
~ After about 7km merge left onto the N3 towards Durban and then take the N17 towards Ermelo.
~ In the town of Ermelo turn onto the N2 heading towards Piet Retief.
~ Continue on the N2 through the towns of Piet Retief and Pongola and continue along the N2 past the town of Mkuze.
~ Approximately 50km past the town of Mkuze take the Southern Maputuland turnoff.
~ Turn left at the top of the off ramp and left again onto the P2-8.
~ As you cross the railway line turn right onto the P466 and this will bring you to the Munywana Conservancy entry gate.
~ Once through the gate travel along the P466 for approximately 11km and turn left at the sign showing Zuka House and Gladstones
~ Keep along this road following the signs to Zuka House and Gladstones.
~ Turn right at the T-Junction still following the signs for Zuka House and Gladstones. This will bring you to an access gate. We will provide you with a gate code ahead of your arrival.
~ Once through the gate follow the signs to Zuka House and Gladstones

“Respond to every call that excites your spirit..”